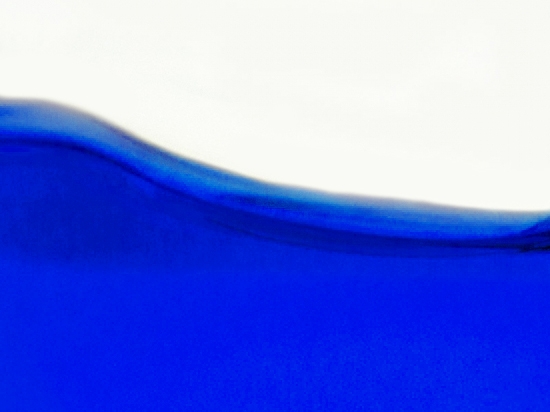 Why is the blue spirulina important?

Blue spirulina extract phycocyanin is a powerful antioxidant and can be used in many ways as a blue colorant. Both in cosmetics and in food.

The blue spirulina dye phycocyanin is a natural food colouring. It is a healthy protein with many amino acids and can be used in various products. Especially in colored sweets, phycocyanin is a unique, natural color for blue.

The company Haribo offered blue jelly babies as a short-term offer in the Fan Edition. The blue eye-catchers were coloured with the natural colouring agent phycocyanin from spirulina.

The liquid form of phycocyanin is marketed as the original product of unparalleled purity. Phycocyanin is the famous blue pigment of Spirulina algae. The natural, water-soluble antioxidant has an intense blue color, which is popularly used in cosmetics as a coloring and functional component. Thus, the substance contained in spirulina determines a long-lasting green-blue coloration in cosmetic formulas such as lotions.

Due to its antioxidant potential, it is an effective radical fighter.
In addition, various studies show that phycocyanin has anti-inflammatory properties and promotes healthy skin appearance.

It also contributes to wound healing and tissue regeneration. The antimicrobial and anti-inflammatory effect of phycocyanin liquid form supports the healing process in acute skin problems.

Phycocyanin is formed by the microalgae Spirulina and is a natural, water-soluble antioxidant with an intense blue colour. Various studies have demonstrated anti-inflammatory properties. Due to its antioxidative potential it is also an effective radical scavenger.