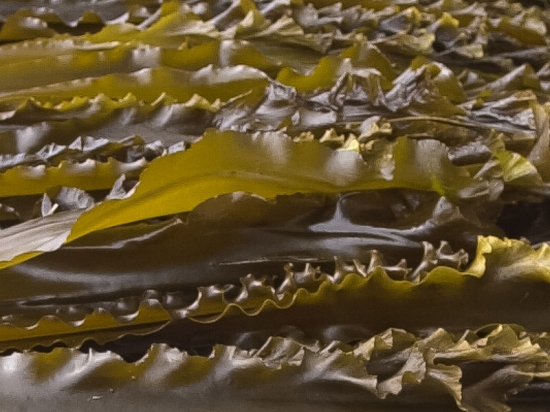 The brown algae Laminaria japonica, also known as Saccharina japonica, is one of the most consumed and commercially important type of kelp or seaweed. As the name suggests, this brown algae is largely eaten in East Asia especially, representing the main source of Kombu, the most important edible seaweed.

The Japanese leaf kelp is grown selectively in Asia and today represents the species with the highest production volume in aquaculture at all.

For thousands of years, people in Japan have used an extract of this alga as a supplement to their diet, especially in areas where there is increased heavy metal contamination in the soil.

These special algae have the ability to bind large amounts of heavy metals, such as mercury, lead, cadmium and aluminium. Besides the ability of binding heavy metals, these algae can contribute to the regeneration of cellular tissue, as well enhancing the immune system and positively affecting blood lipids and cholesterol.

This product is available in the following forms: Laminaria japonoca powder

Laminaria japonica can be used as a skin protectant. It helps to avoid the harmful effects of external factors on the skin. Laminaria japonica has antioxidant properties and can limit the influence of free radicals.

Laminaria japonica also has the potential to be used in anti-aging cosmetics as it has a tightening effect on the skin and reduces wrinkles. In addition, it has anti-inflammatory properties that can improve the appearance of the skin.

With regular use, Laminaria japonica can better retain moisture in the skin, making it a useful ingredient in moisturizers.