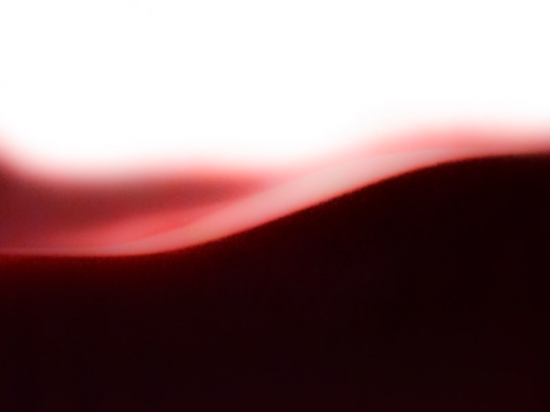 Why is astaxanthin important?

Astaxanthin is the strongest antioxidant and protects against free radicals and oxidative stress. In addition, it has an anti-inflammatory and immunizing effect, so that it has a holistically positive effect on health.

Astaxanthin belongs to the keto-carotenoids. One of the most remarkable properties of Astaxanthin, is its action as the most powerful natural antioxidant. In addition, Astaxanthin not only has an antioxidant effect, but also shows a unique overall molecular and biochemical profile, which as a whole benefits the human skin and body.

Astaxanthin contains nothing more than molecules in the conventional sense. Astaxanthin itself is the active ingredient that exerts its antioxidant effect in the human organism.

What does Astaxanthin do?

Astaxanthin is considered the strongest natural antioxidant, thus providing protection against free radicals and helping to protect cells. It also has an anti-inflammatory effect, relieving inflammation due to oxidative stress in the body. Due to the biochemical structure of Astaxanthin, it may have immune-boosting effects.

Astaxanthin may help the body recover better after strenuous workouts. It stimulates the body to use its supply of lipids, which improves endurance, stamina, and prevention of muscle fatigue during and after exercise.

Astaxanthin contributes to the lowering of cholesterol levels. It promotes blood circulation and can relieve congestion in the blood vessels. Through the interaction of these effects, Astaxanthin can help strengthen the heart overall.

Astaxanthin helps fight bacteria that cause ulcers. Among them, for example, H. pylori. In this way it can be used in the treatment of ulcers.

Several studies suggest that Astaxanthin may help in the treatment of various types of cancer due to its antioxidant properties. Among them, in particular, breast cancer, prostate cancer and leukemia. However, further research is still needed to clearly confirm this correlation.

In addition, Astaxanthin prevents unwanted changes to the endothelium, protecting the walls and arteries of the heart.

The keto-carotenoid Astaxanthin was first isolated from lobster in 1938 in studies by Kuhn and Sorensen. This is where the name Astaxanthin comes from, as "astakós" means "lobster" in Greek.

How much does Astaxanthin cost in the pharmacy?

The pricing of Astaxanthin in pharmacies and other places can vary greatly. This is due to several factors: the type of Astaxanthin (natural or synthetic), the place of manufacture (in the EU or third countries), and the brand, to name just a few factors.

Basically, make sure that it is a natural Astaxanthin at best, which was produced in the EU. The regulations within the EU are stricter and therefore offer the consumer more security that all relevant safety aspects are observed during production.

There is no specific case when astaxanthin "should" be taken. Astaxanthin is not a drug that is used for a specific disease process. Rather, Astaxanthin takes on a supportive role, which is the case with all dietary supplements.

For example, Astaxanthin can help strengthen the immune system and reduce the impact of free radicals and oxidative stress on the body. Another

The time it takes for an effect to occur varies from person to person. For some people, results can be seen after a very short time, of about two weeks. For others, it takes eight weeks. A guideline average is about four to six weeks.

The recommended dose of Astaxanthin varies by study and institute. However, for the most part, they are all between 2 and 12 g of Astaxanthin per day.

In order to achieve the results obtained in the studies, it is recommended to also follow the amounts taken. These vary between 8 and 12 mg per day.

How does Astaxanthin help?

Chemically, Astaxanthin has a similar structure to other carotenoids. The polar ionon rings at both ends are able to scavenge free radicals and other reactive oxygen species. This gives rise to the strong antioxidant properties.

The conjugated, polyunsaturated double bonds of carbon are responsible for the bright red-orange coloration, but also have the benefit of absorbing light. This in turn results in Astaxanthin's ability to prevent cell damage from UV exposure.

Astaxanthin is mostly found only in marine animals, such as lobster and salmon. Apart from that, it is also found in relevant quantities in microalgae, from which it can be extracted.

What form can Astaxanthin take?

Astaxanthin has several uses and accordingly can be found in different forms. In dietary supplements, it is most commonly found in capsule form. Here, the Astaxanthin itself may be present as a powder or as oleoresin (a type of oily resin).

However, Astaxanthin is also an interesting ingredient for anti-aging cosmetics. In this case, the oleoresin is often used because it is the easiest to integrate into the formulation of creams and serums.

What vitamins does Astaxanthin have?

Astaxanthin does not contain vitamins, as it is an antioxidant. However, in some preparations, Astaxanthin is mixed with vitamins to achieve even better results.

Astaxanthin is found in several microalgae, the best known being Haematococcus pluvialis. This is also the most relevant industrial source of natural and sustainable Astaxanthin.

What are the side effects of Astaxanthin?

There are safety concerns regarding synthetically produced Astaxanthin as it relates to human consumption. Therefore, when purchasing and taking Astaxanthin, it is advisable to make sure that it is natural Astaxanthin, such as that derived from microalgae. Clinical trials in humans have not shown any negative reactions, even at higher doses.

Which Astaxanthin is the best?

Basically, Astaxanthin obtained from natural sources is preferable. On the one hand, it is obtained more sustainably, since oil is not used in its production. On the other hand, it is also less harmful to health than synthetically produced Astaxanthin, as it has not shown any side effects in clinical tests.

Where can Astaxanthin be purchased?

Astaxanthin can be purchased over-the-counter as a private customer at a pharmacy or online, or at the usual major online marketplaces. For larger quantities, feel free to contact us.

Astaxanthin produced in petrochemical processes makes up the majority of Astaxanthin currently in use. However, natural Astaxanthin is found in many aquatic life as it migrates up the food chain through consumption of the microalgae Haematococcus pluvialis.

Astaxanthin helps against many causes triggered by oxidative stress. It offers protection against UV rays, skin dryness and itching. Cosmetic products containing astaxanthin support the healing process of injuries and reduce the formation of wrinkles.

For example, DHC USA Inc. has developed the "Astaxanthin Collagen All-in-One Gel". It is designed to firm and moisturize the face in one step. This cream contains astaxanthin oil, which is extracted from the Haematococcus pluvialis microalgae. Thus, the gel not only moisturizes but also helps against wrinkles and helps to combat oxidative stress.

Astaxanthin Oleoresin is exactly the same as powder in its benefits, but it has the advantage of being easier to incorporate into lotions, serums and other liquid cosmetics than powder.

Astaxanthin's benefits include its role as the most potent antioxidant and its protective properties against free radicals and associated oxidative stress.

In addition to its properties as an antioxidant, there are also its anti-inflammatory effects and its potential to be used in anti-aging cosmetics, as it has a firming effect on the skin's appearance.