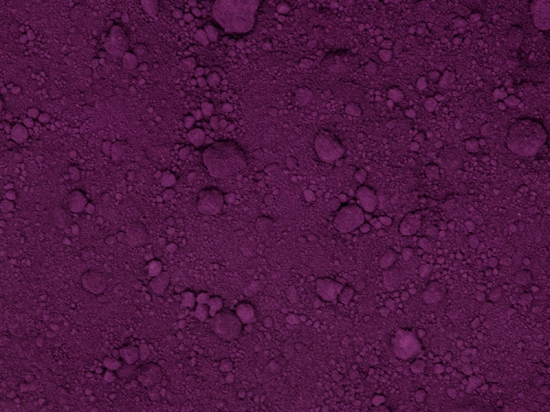 Why are the red pigments important?

What makes Porphyridium so special is its content of phycoerythrin and rare sulfated polysaccharides, which stand out for their antioxidant properties. The colour pigments are not only used for decorative cosmetics but also actively contribute to the elasticity of the skin.

The main application of Porphyridium cruentum is currently in anti-aging products and skin protecting creams. The special combination of vitamins, antioxidants and pigments offers the skin protection against damaging external influences.

In addition, Porphyridium cruentum is sometimes used as an additive for animal feed in aquaristics. These are usually fancier formulations, which are used especially for more exotic fish.

If you come across the name Porphyridium purpureum, you might think that according to the rules of taxonomy it would be a different species of the genus Porphyridium. However, it is one and the same species, both names can be used synonymously.

Several different pigments are found in Porphyridium cruentum, predominantly the microalga is known for zeaxanthin and phycoerythrin.

The pigment zeaxanthin belongs to the carotenoids and has strong antioxidant properties, which help protect the organism from external stress factors.

Phycoerythrin is one of the accessory pigments found in various cyanobacteria and red algae. It has anti-inflammatory, anti-viral and antibacterial properties.

Porphyridium cruentum, with its ingredients, has the potential to be used primarily as an anti-aging agent. The microalgae has a replenishing effect on the skin and provides it with nutrients, which can help reduce wrinkles and generally make the skin look younger.

Porphyridium cruentum is grown in closed photobioreactors. Since this microalga is a rather rare variety in cultivation, it is accordingly valuable. Photobioreactors make it possible to keep a close eye on environmental factors and give the microalgae the best possible place to grow.

In addition, contamination is avoided more efficiently in these closed systems than in open cultivation.

The fact that Porphyridium cruentum is so rich in polysaccharides and antioxidants makes it ideal for creams. The cream Couperose Relax is offered intensively from the product line “Exquisit” by Hildegard Braukmann. The active agents contained in Porphyridium cruentum are specifically used against reddened and irritated skin. The skin gets an even complexion.

Porphyridium purpureum (formerly P. cruentum) is a microalga that has strong antioxidant properties due to its sulfated polysaccharides.

This role as an antioxidant helps neutralize free radicals, thus slowing down the aging process throughout the body and preventing cellular damage. This makes Porphyridium purpureum microalgae particularly suitable as an anti-aging component in cosmetics and benefits the skin.

The pigments and polysaccharides it contains promote a healthy skin structure and also have a brightening and protective effect.

The red layer Porphyridium cruentum is coloured dark red to chimney red due to its high pigment content. It is integrated into high-quality cosmetic products as an extract, as the algae pigments maintain the skin's elasticity and moisture.