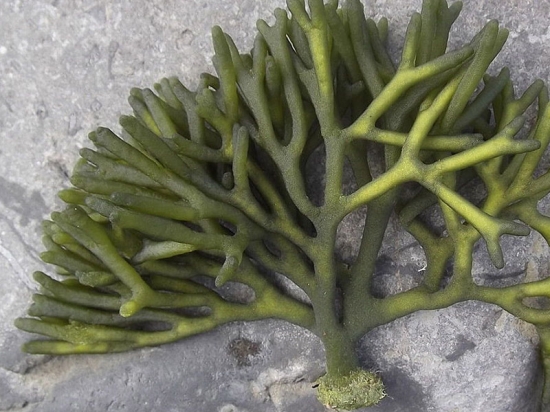 Codium tomentosum is a green algae that occurs in the eastern part of the Atlantic Ocean on the lower shores of rocky coasts.

These ingredients are also interesting for cosmetics as they prevent the skin from drying out and thus have a moisturizing effect.

Furthermore, Codium tomentosum is used as a foodstuff in many coastal areas.

Codium tomentosum acts as an antioxidant and protects against external influences. It can thus protect against premature aging of the skin.

Codium tomentosum is rich in vitamins and minerals, which has a positive effect on the appearance of the skin. The ingredients penetrate deep into the skin and provide it with important substances.

The polysaccharides and lipids in Codium tomentosum help the skin retain moisture better and protect it from environmental influences. Thus, it has potential to be used in anti-aging products.