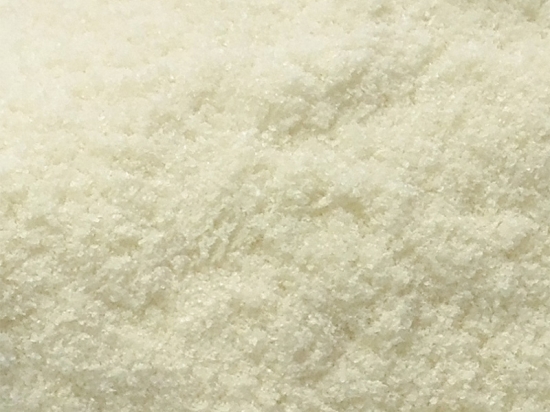 When does Carrageenan work?

What are the different types of Carrageenan?

There are different types of carrageenan, which can produce different degrees of thickening. These include lambda, iota and kappa carrageenan.

Carrageenan is derived from different red algae. These include the red algae Chondrus crispus as well as Eucheuma sp. and Kappaphycus sp.

Carrageenan consists mainly of sulfated polysaccharides, which can influence other substances in a mixture through the structure of their molecules.

When was Carrageenan discovered?

Carrageenan was discovered and used centuries ago in China and Ireland as a thickening agent. From 1930 onwards, it was then increasingly produced on an industrial scale and in industrial processes.

Yes, carrageenan can be certified halal and kosher.

Yes, it has no animal origin as it is produced from algae.
Algae are not strictly speaking plants, again they are not animals either.

Carrageenan is gluten free because it is derived from macroalgae and not from grains, which contain the gluten proteins.

Carrageenan is excreted from the body unchanged and therefore has no assimilative effect on the body. The "Acceptable Daily Intake" (ADI) value, i.e. the suggested guideline for maximum intake in one day, is 75 mg per kilogram of body weight.

As long as this is adhered to, the intake is generally unproblematic. However, allergic reactions may occur in different individuals.

Carrageenan can be found in many foods. For example, it is used in the production of sauces, desserts, products made from soured milk, dried milk, pudding powder, heat-treated cream, sweets, juices, meat products and ice cream.

Why is Carrageenan in cream?

Carrageenan is included in cream to prevent creaming (the segregation of milk fat and the water in the cream). This keeps the cream uniform and makes it easier to consume.

What is the difference between Carrageenan and Gelatin?
Carrageenan is derived from macroalgae and is therefore not of animal origin, which allows it to be used in vegetarian and vegan products.

Gelatin consists of proteins, which in turn are of animal origin and thus cannot be used in vegetarian and vegan products.

What is the difference between Carrageenan and Agar?

Carrageenan and agar are derived from different algae. Both act as thickeners, but the degrees of thickening and the effect as stabilizers are different.

Is Carrageenan used in cosmetics?

Carrageenan is also used in skin care products as an emulsifier to create a smooth, creamy texture for cosmetic products. Due to its water-binding properties, it also helps to moisturize the skin.