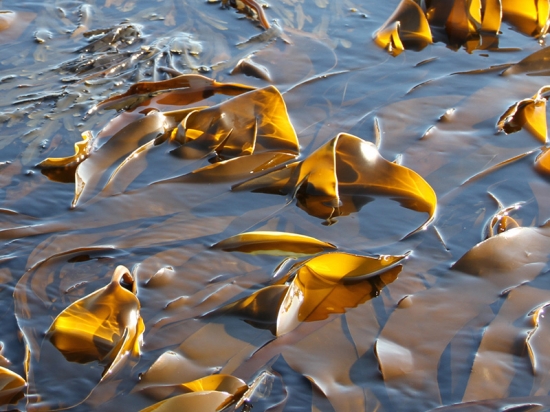 Saccharina latissima, also known as "Sugar kelp" or "Laminaria saccharina", is a brown algae that occurs on rocky sea coasts in the cool temperate zones of Europe, Asia and America.

Probably the best known use of Saccharina latissima is as food. Particularly in Asia, the algae of the genus Laminariaceae, to which the sugar kelp also belongs, are used under the name "Kombu" for various dishes.

But also in Europe, especially in Ireland, the algae has been known for a long time. As the name suggests, Saccharina latissima has a slightly sweet taste and offers various micro and macro nutrients, including vitamins, iodine, iron, magnesium and zinc. It also contains many bioactive ingredients such as carotenoids, polysaccharides and fucoxanthin.

Saccharina latissima's high nutritional value makes it an excellent additive to animal feeds, or as part of a fertilizer formulation, as it contains many important minerals and trace elements that are also important for plant growth.